Forty eight civilians have lost their lives in the current violence in Southeast Turkey, the Human Rights Association has estimated ( between 21 July and 28 August, so by now that number is already up again). One of the cases that especially hit me was the death of Eyüp Ergen, a nurse in the state hospital in Cizre. He was an orphan since 1994, when the state killed his parents while evacuating their village. His sibling is now the only one left of that family. It is a painful example of the fact that a Kurd hardly ever experiences one traumatic experience in his or her life. It is always tragedy after tragedy.

People in Sirnak protest the death of Eyüp Ergen, carrying his portrait.

So, let’s talk ‘safe zone’, and ‘no fly zone’, subjects which are already being debated in Turkey. But the safe zone and the no fly zone that I would like to propose would be inside Turkey. The whole Southeast of the country, also known as North Kurdistan: Turkish security forces out, down to the last man, including the evacuation of all military airports. No more tanks into Kurdish cities, towns and villages, no more F16’s from Diyarbakir air base on their way to bomb Qandil and PKK positions inside Turkey, no more policemen shooting civilians. Enough is enough. END_OF_DOCUMENT_TOKEN_TO_BE_REPLACED

Twenty three members of security forces have been killed by the PKK since 7 July, Anadolu Agency reported, and I’m sure this number will have increased by the time this column is published. Same goes for civilians who have lost their lives at the hands of the state, most recently three people in Silopi. And how many PKK fighters died? The army says some 390, KCK co-leader Bese Hozat, with whom I had an interview last week in Qandil, said that was just state propaganda, claiming nine of their guerrillas died. Hard to tell who’s right, but 390 seems an exaggeration when you consider the experience the PKK has in keeping themselves safe up there in the mountains for decades already.

However high the numbers, the fact is that the violence is totally spiralling out of control and every day there are new families and new communities mourning the loss of a loved one. The grief over coffins is heartbreaking to see, whether the coffin is buried with a Turkish flag or with the Kurdish colours. I can only wholeheartedly join the call from HDP and CHP politicians and from academics and intellectuals to both sides to return to the negotiating table. END_OF_DOCUMENT_TOKEN_TO_BE_REPLACED

The governor of Sirnak has declared nine regions in the province a ‘security area’. This is an extension of previously established security areas, as I saw when I was visiting Roboski during Eid: the smuggling routes had been closed and the pastures where people used to graze their cattle had been made inaccessible. These no-go areas directly endanger the lives of the citizens, since they cannot earn their living and let their animals graze on good land. Eventually they may have to move away from the village, since there is no other work to be found and with the security zones the violence will increase. Is this what the state is after? Empty the villages?

Isa Encü, shot in the stomach by the army when he confronted them about closure of smuggle routes and pastures in Roboski. The wound got infected and they had to open him to clean it up. July 2015. Photo: Fréderike Geerdink

Yes, so many measures the government is taking at the moment are pointing to a return to the 1990s. I predict more regions will have ‘security zones’, the HDP might be shut down and leaders jailed (like so many people are in jail and being prosecuted already for peaceful activism), the violence will further spiral out of control.

And it’s the government’s responsibility. They are supposed to provide safety for their citizens and they have been totally neglecting that core task of any state. Not only this government, by the way, since it is of course the modus operandi of the Turkish republic.

Those who blame the PKK just as much for the current situation are out of touch with the realities in Turkey and especially the South-east. Did the government take the opportunity to enhance democracy while the ceasefire was holding? No, not at all; Turkey only became more authoritarian, if not dictatorial. They couldn’t even come up with a law that would monitor the withdrawal of the PKK, as Selahattin Demirtas explained clearly and convincingly in the interview that Radikal’s Ezgi Basaran had with him last week. END_OF_DOCUMENT_TOKEN_TO_BE_REPLACED

Mind my words: soon ‘analysts’ will start writing that Selahattin Demirtas has chosen the violent approach to the Kurdish issue instead of following the ones who want peace. After all, he called for the people to make sure to protect themselves on the street, as the Suruç massacre has shown the citizens’ safety can not be placed in the hands of the state. Those who willingly or stupidly distort his words and his intentions, will for sure take this chance to bash the HDP. Just like the government’s media, which reported that Demirtas called for violence, although they know that the truth is far away from that.

Selahattin Demirtas talks to CNN Türk, defending his call for people to protect themselves. Picture taken on Tuesday 21 July at the place of the Suruc massacre.
Photo: Fréderike Geerdink

You see, when it comes to the Kurdish issue in Turkey, there are analysts who seem to know their subject, but who don’t. Let me give you a guideline about how to judge columns and analysis about the Kurdish movement in Turkey, and whether you should take them seriously on this subject or not. It’s easy: if they make it seem as if the Kurdish movement is deeply divided, they are writing crap, willingly or because they don’t know any better. END_OF_DOCUMENT_TOKEN_TO_BE_REPLACED

It’s around 1.30 in the morning, just after I lay down on my balcony bed, when the Ramadan drummer passes down my street. I don’t fast since I am not religious, but I don’t mind the noise, not even when it wakes me up. On the contrary, I would almost say it’s kind of soothing, and the drummer in my Diyarbakir neighbourhood bangs his drum with a solid, good rhythm, so I just listen and then fall asleep again. But I can’t help but wonder: why is Sahur around three, when the sun only rises some two hours later? Just because the state decided it that way? 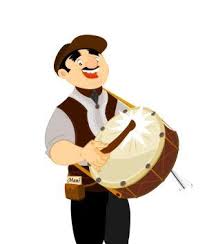 Drummer at unspecified time of day so not sure if this is a Ramazan drummer or not.

Like I said: I myself am not at all religious. My parents are Catholics, but they stopped going to church long ago – around the same time their three daughters, teenagers at the time, saw no point in going anymore, after being brought up by those very same parents teaching them to always ask questions. But it’s helpful in my life in Turkey that my parents are Catholics. I am asked so often what my religion is, and I so often don’t feel like engaging in  any discussion about having no religion, that ‘I was brought up as a Catholic’ is a practical answer with which I don’t tell any lie. END_OF_DOCUMENT_TOKEN_TO_BE_REPLACED

It’s a challenge for the HDP, I heard people say, that they attracted so many new voters. How to keep them on board in the longer run? Will they vote for the HDP again when there are new elections, be it in the short term or in 2019, when the next elections are scheduled to be held? What if the people who voted for the HDP only because they hate Erdogan won’t vote for HDP again because the 13% was so comfortably above the threshold that they think the party can do without their vote the next time?

Of course, these are risks. But I don’t think these risks mean a ‘challenge’ for the HDP.

The HDP is not a traditional party. It has its roots in and is part of a huge mass people’s movement. This movement has a clear goal: a democratic Turkey, run by a fundamentally different system than the one under which the country has been led for the last century. In other words: the goal is peace. Peace not only in the narrow sense of the silencing of weapons, but, as the Kurdish movement calls it, an ‘honourable peace’. A peace in which everybody in Turkey can live their identity freely. END_OF_DOCUMENT_TOKEN_TO_BE_REPLACED

So, basically, the life of HDP co-leader Selehattin Demirtas was directly threatened. The bombs going off simultaneously in front of the HDP offices in Adana and Mersin not too long before Demirtas was to arrive in Mersin, where the HDP held an election rally that day, could have killed him. Meanwhile it is the governing party AKP that is trying to make people believe that the life of President Erdogan is under threat, by totally distorting a headline in one of Turkey’s biggest newspapers, Hürriyet).

Several people were wounded in the attack on the HDP officie in Mersin.

The bombs in Adana and Mersin are a new low in the seemingly endless series of attacks against HDP offices, members, election stands and campaign busses which all, I repeat all, go unpunished. What is behind all these attacks? One important yet under-exposed factor: separatism.

There are different kinds of attacks. The ones in Adana and Mersin were obviously carefully planned. It is even reported that some security cameras around the buildings were hacked in the run up to the bombings. Often though, the attacks seem more spontaneous, with groups of tens or hundreds of people marching to a HDP office, trying to throw stones at it or trying to enter it. These groups are often escorted by police – or how else should we call the cops’ strategy of trying to softly talk reason to these aggressive folks instead of taking proper measures to disperse such lethal crowds? Sometimes assailants creep up at night and try to set buildings of the HDP on fire. END_OF_DOCUMENT_TOKEN_TO_BE_REPLACED

Kurdish Matters
Create a free website or blog at WordPress.com.